Geoff's freshman squad had their final game of the year scheduled today. He was pumped and psyched for it, really couldn't wait to play and was very much looking forward to the great big finale.

His coach emailed me at about 1pm with bad news, and surprisingly it had nothing to do with Geoff and his attitude or any other problems with him.

Seems about 10 of the freshmen on the opposing team were suspended. The coach told me it was for bullying. Geoff said that the rumor mill at his school was that they were smoking pot and ganged up on other players who didn't want to.

Doug and I were sad and shocked, and I have to say I was incredibly relieved that  nothing that happened had anything to do with Geoff.

In the greater scheme of things, when I look on Geoff and I look at kids his age, I need to stop and be so incredibly thankful that he is the person he is.

He never lies to me. I sometimes doubt his stories, and have to double check stuff he tells me, but he never lies. Never.

He can be exceptionally kind, surprisingly so. We were at the market on Thursday and he saw the mom of one of his friends loading her car up. He ran over to her and said "May I help you unload your cart and take it for you?" She looked stunned and thanked him but she was all set. She looked at me with this big smile and said "he really is the most kind of all the kids I know." 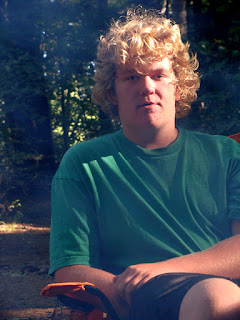 I feel that football this year could have worked out so much better for him, and I'm relieved it is over and we don't have to think about it any more. I think he is required to suit up for the Thanksgiving game, but if he isn't required, if it is optional, I'm not going to make him do it.

If you have read this blog over the last 12 years, you know this boy makes my head explode sometimes.

But the long and the short of it is that he is a fantastic person and I need to be more thankful for him and the young man he is becoming.