Seeing as the last time I updated we were investigating civil war defenses around DC in the broiling hot heat, it seems like summer was a world away.

We haven't really done anything unbelievably exciting, I guess. It's a lot of go to work, come home, go to work, maybe try and do something fun on the weekend.

Here's kind of the update of what's the haps with the gang. 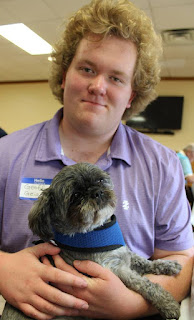 Over the summer he took a required class to enroll in Community College. He decided he wanted to pursue a certificate in Radiology, and then decided he would take the year of pre-requisites and apply for the program. He's got one more week of this semester, 2 more classes under his belt.

So far so good.

Next semester may be harder with a biology, biology lab, and an advanced writing class, but he's up for it. He's enjoying the classes, commutes to school on the train, gets his work done.

Even though I told him that he didn't need to get a job, we'd support him while he is in school, he went out and found himself a full time job at a spice company up between us and Baltimore. He works a 4pm-midnight shift, gets home at about 12:30. He's in his "trainee" 90 day period, which I think is hitting month 2 right about now. At the end of that period, they'll offer him the benefits and everything.

I told him he can keep the job as long as his grades do not fall below B-, and right now he's doing pretty well on all fronts.

The only bummer about him working and going to school is that he isn't going to the market and making dinner. Which makes for a lazy Doug and Christine needing to fend for themselves.

I miss his Chicken Parm. He'll be off school soon, so at least I can send him to the market and stuff, even if he won't be making dinner because he leaves for work at like 2:30.

Mind you, shift begins at 4, but "on time is late" is Geoff's philosophy.

Photo of Geoff is from this summer at Doug's family's reunion in Pennsylvania. Wherever there is a dog, there's a happy Geoff. I realized I don't have any other pictures of Geoff that don't involve him looking slightly drunk with a beer in hand. The only time I seem to get to spend with him lately is on weekends, and we do like going to the beer halls and having a taste.

So this picture makes me happy.

Doug
Shortly after my last post, Doug's position at his company was eliminated, along with the rest of his team. He received a small severance, and is collecting unemployment. He's looking for a job, and has had several interviews. None have panned out just yet. He's getting great feedback, so hopefully something will happen soon.

We made a couple trips back to see Doug's mom over the summer and the last one was Labor Day weekend, helping out around the house with jobs that Gary would normally have done, and she's not happy with how service providers have handled the work she needs done, especially the yard work. Not sure when we'll go back again.

We invited her for Christmas but she doesn't want to come down. So we will see what happens with a future visit, or whatever.

Jess
Doing well back in the home lands. Was temporarily unemployed and homeless, but things worked out. I am thankful for her friend who let her stay with after they had to move out of their apartment. Everything worked out. She's got a better job (I think it pays a little less but they made her a full time real employee instead of stringing her along saying they were going to hire her, like the last place did for over a year). The apartment they are in is great - so much more grown up and nice than the last place. And she's got a good setup.

The only thing she needs now is a new car, hers won't pass inspection at the end of December, so she can take a failure and get 30 more days on it - and will need to have a new solution by the end of January.

Again, I'm sure all things will work out.

It's been a bummer for me not being there to help her out with things in person. But her roommate Liz' mom (for years I thought her name was Tammy. Found out it is Evelyn) lives right around the corner and keeps them in laundry detergent and other things from her job, has a key to the place for emergencies, and is the certified Mom for the team. I'm happy about that. 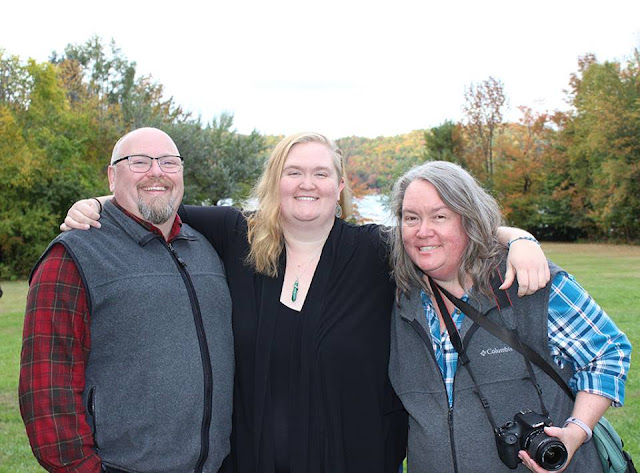 Here's a picture of us from October, without Geoff because he had work and school. My cousin Billy's daughter got married in Maine, so Doug and I made a trip up, grabbed Jess, got to see the great apartment and the great roommate for a minute. We spent a lovely time with my parents and sister, and the overall My Mom's side of the family.

Doug and I then took a trip across NH and VT (after a lovely night's stay at a beautiful Cabin In The Woods provided by my girl C). We drove down into NY State, went to Poughkeepsie, found a great brewery with a super restaurant. We walked on the footbridge over the Hudson, and it was a gorgeous day. We stopped in Philadelphia at the Eastern State Penitentiary, which Doug has wanted to visit for his whole entire adult life (of all things).

That was the most fun we've had since the summer. I think.

Me
Work is fine, nothing overly exciting or pressing. For Halloween my team dressed as Bob's Burgers, and it was tremendously funny. The only person we were missing was Gene. Couldn't get anyone to play along as him. But we did get Little King Trashmouth, the Raccoon, and that was incredibly funny. Famous people where I work tweeted about us. We were temporary stars. 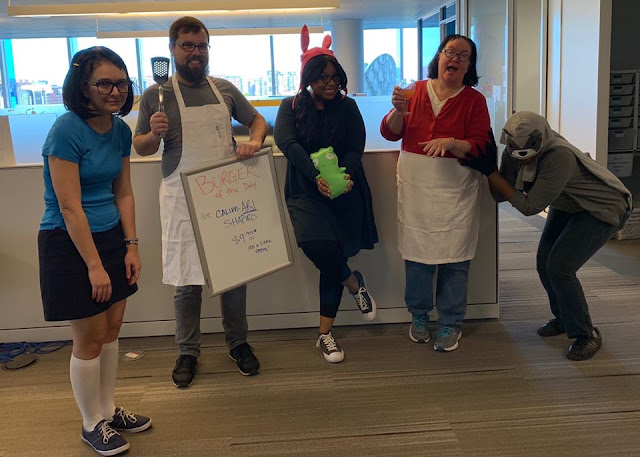 My sister came to visit. We went to see Guster in Baltimore and had a girls' weekend. She hadn't been down to see us yet, so this was a welcome and fun visit. She's coming back again this weekend and we're going to see Ghost. A band much unlike Guster.

But if they did a mashup thing, they'd be Ghoster, and that would be a riot. I can imagine Tobias singing "Fa Fa" and Ryan doing "Square Hammer."

We had Thanksgiving at our house and Jess came to visit. It was pretty fun to have all 4 of us together again. We went to a brewery and the arboretum to see the Bonsai trees. Most of them were put away for the winter, but some were still there and it was a nice time to go, because no one was in our way.

We'll be bringing her down again for Christmas but right now I'm trying to get Doug to maybe, just maybe, go back to Massachusetts with her for a couple days to help her find a car... she needs a Certified Dad to come be with her and help her pick one out. Someone from her work offered to help but she said he's condescending and annoying about it. I told her that is what a Certified Dad would be like, and she kind of agreed. 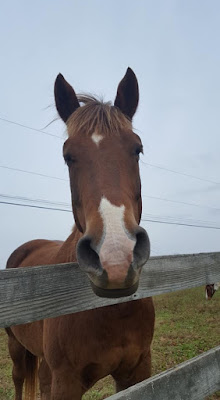 I turned 52. We went to a brewery at a horse farm. The last time we were there no horses wanted to come see us. This time, we had lots of fans. It was kind of lovely.

This big guy was kind enough to let us rub his nose and cheeks. And we had mighty fine beers and sat by a fire pit on the patio.

While we were there, blissing out with horses and chocolate porter, my mom called.

My dad ended up in the hospital with congestive heart failure so that was ... interesting. My sister went to be there, and spent a week with my mom, while they got him all figured out.

He's out of the hospital now but will be having a day procedure to put a plug in his heart valve (forgive me for not knowing all the exact medical terms and things). Because he'll be 79 in May, he's not a candidate for a valve replacement. It would probably kill him. So they'll put this little plug in to stop the backwash into the one chamber of his heart, and hopefully keep him going for a couple more years.

I do believe this happens a week from now. Will call my mom and find out.

And that's right now. Up to the minute coverage of us. Doug has an in person job interview a week from today for a position he really wants so... cross your fingers, kids.